Living in a medium sized town like Eau Claire Wisconsin, the musical community gets intermingled. I found out that a new stompbox pedal maker was operating out of Eau Claire. And their Supreme Commander, Aen, had been in the same high school as my kids! And their friends in the Heart Pills Band were frequent visitors at our house.

I ran into Aen at a Eric's Pedals Plus store and we started talking, soon we were into the concept of a pitch grinder pedal. I built a prototype but barely had it done in time for Aen to give it a quick test and get on an airplane to NAMM (National Association of Music Manufacturers) 2012. 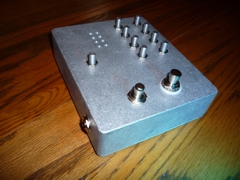 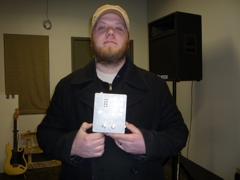 Then, sadly, the new pedal was not unblowuppable enough for the severe torments that Dwarfcraft pedals are subjected to (see photo below), so the Pitchgrinder pedal was a no-show at NAMM 2012. 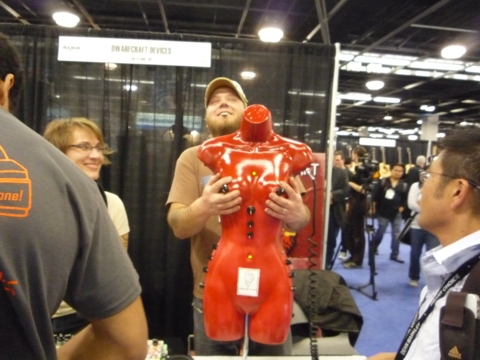 I felt real bad about that, but Ben and Louise were super cool and kept me from worrying about it. So we are working out the last bugs and it should be available soon.

NAMM 2012 was a blast because the Analogue Haven booth with Makenoise synthesizers was kitty corner to Dwarfcraft and I could hop around the corner and checkout the jams whenever I heard great tones coming from either direction, which was pretty often.

During the summer of 2012 we went through three printed circuit board revisions, and added some features like quantized pitch, a glide switch, and a tap-and-hold function.

In September 2012, Dwarfcraft ran a successful Kickstarter campaign which ended up over 200 percent funded! It was an interesting process, I had quite a bit of fun with it. Pitchgrinders are currently being manufactured to meet Kickstarter obligations, and others will be sold through distribution.

In conclusion, it was a fun project. I'm looking forward to doing some more stuff with Dwarfcraft, maybe some MIDI pedals. 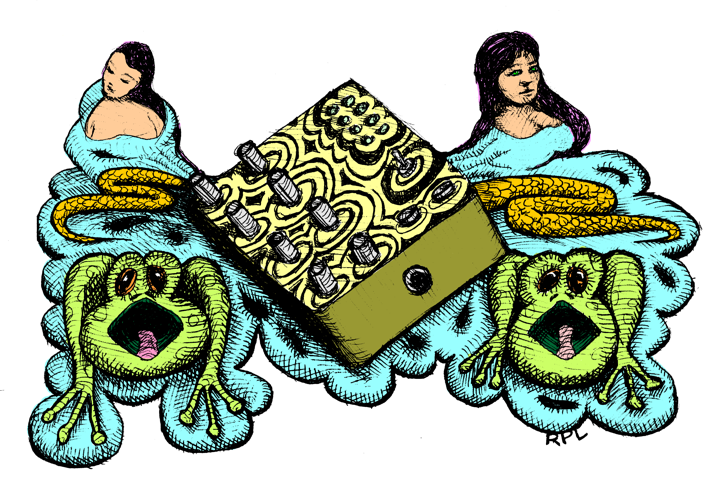